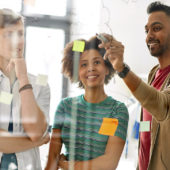 How video games are made – Pre-Production 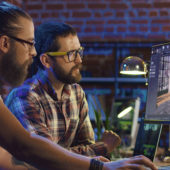 How video games are made – Production 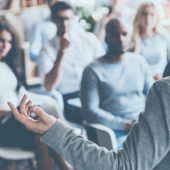 Contrary to popular belief, the game development process doesn’t end when the game is complete & released. Often times, during the post-production phase, several subsequent versions or patches might be released, that replace or improve upon the original game. A patch can be created & applied to fix software bugs or address performance  issues. However, two of the most important aspects of post production are; the postmortem & the closing kit.

Learning from experience is the best ways to improve the game development process for the future. & one of the methods of doing so is conducting a postmortem at the end of the production process. Even if your game wasn’t released of finished, a postmortem can still be a useful tool in learning from your mistakes, & taking that knowledge to the next game you work on.

After the game is released, or the project is finished, a postmortem is essentially a meeting with you & your team, that gives everyone the opportunity to discuss the ups & downs of development, & how the process & approach can be improved in the future. The main purpose of a postmortem is  to learn what methods worked, & what didn’t work during the game development process. In a postmortem, it’s important not to point fingers, or place blame on any individuals or set of team members. Instead focus on the production process, scheduling, planning, time management, implementing features, and so forth. The main question you should ask yourself or your team during a postmortem is;

Did we achieve the original goal of the game we set out to produce?

Was the project scope, deadlines, milestone, features set, and quality expectations realistic when originally planned? & were we able to meet or achieve or exceed those?

What are some of the lessons we learned during development?

As important as a postmortem is to highlight the production shortcomings, in order to improve upon them in the future, it’s also equally as important, if not more so, to highlight & praise all the accomplishments of you or your team were responsible for.

During post-production, it's important that you or your team organize all the game’s source assets & code into what we call a closing kit, so it's readily available for future use or reference. The closing kit is simply a compilation of all the design documents, code, art, final game assets, music files, & everything else that was used to create the game. Closing kits are especially useful if you or your team ever plan on creating a sequel or extended content such as dlc to your game.

Years ago, game development was a lot less complex, & a game could be thought up & developed in less than a few months. Nowadays, game production is a lot more challenging, & depending on its size, can take teams of hundreds of people several years to develop. To make matters worse, no matter how good a team or idea is, unfortunately, there is no standard process to ensure the successful completion of every game. Even games that have been successfully released, usually have several bumps along the way.

How video games are made – Production